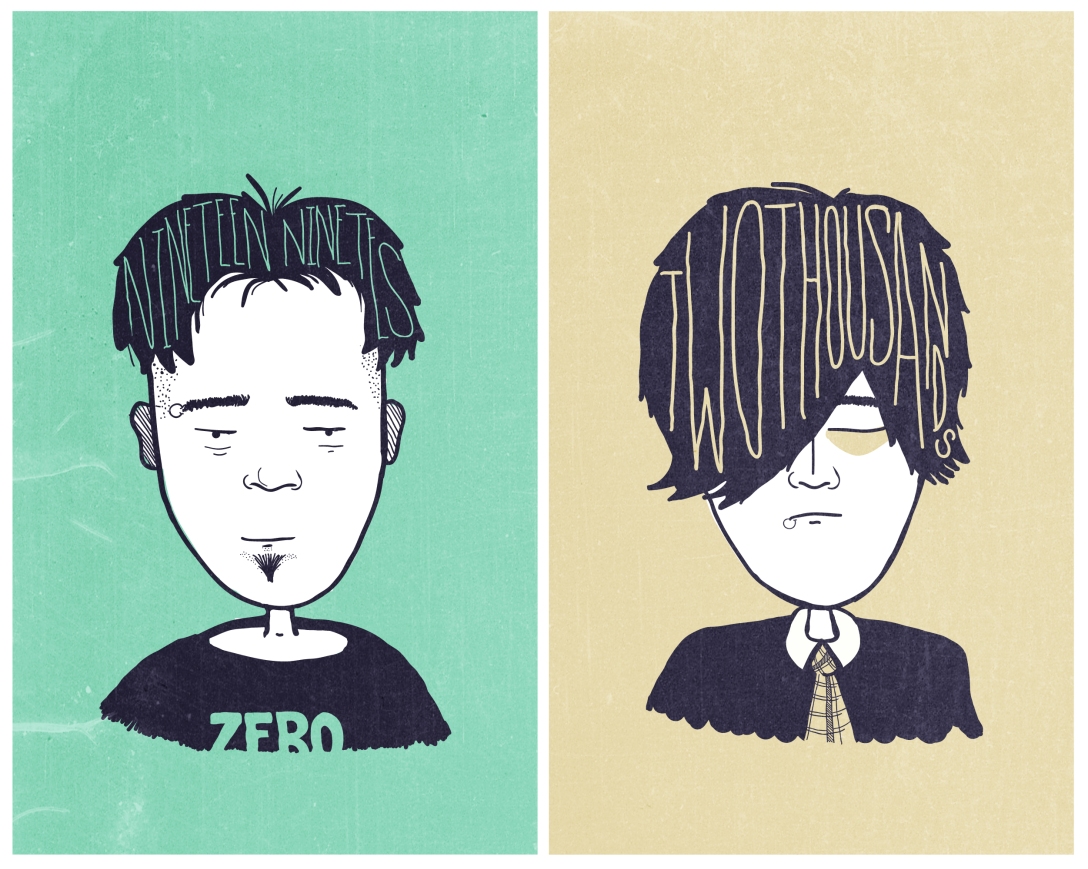 I had some fun drawing the Hairstyles of the 70’s and 80s (see below) so I thought I’d knock out another two decades worth. 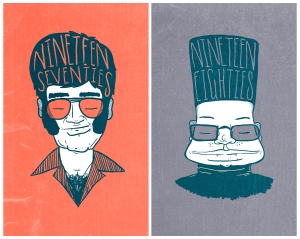 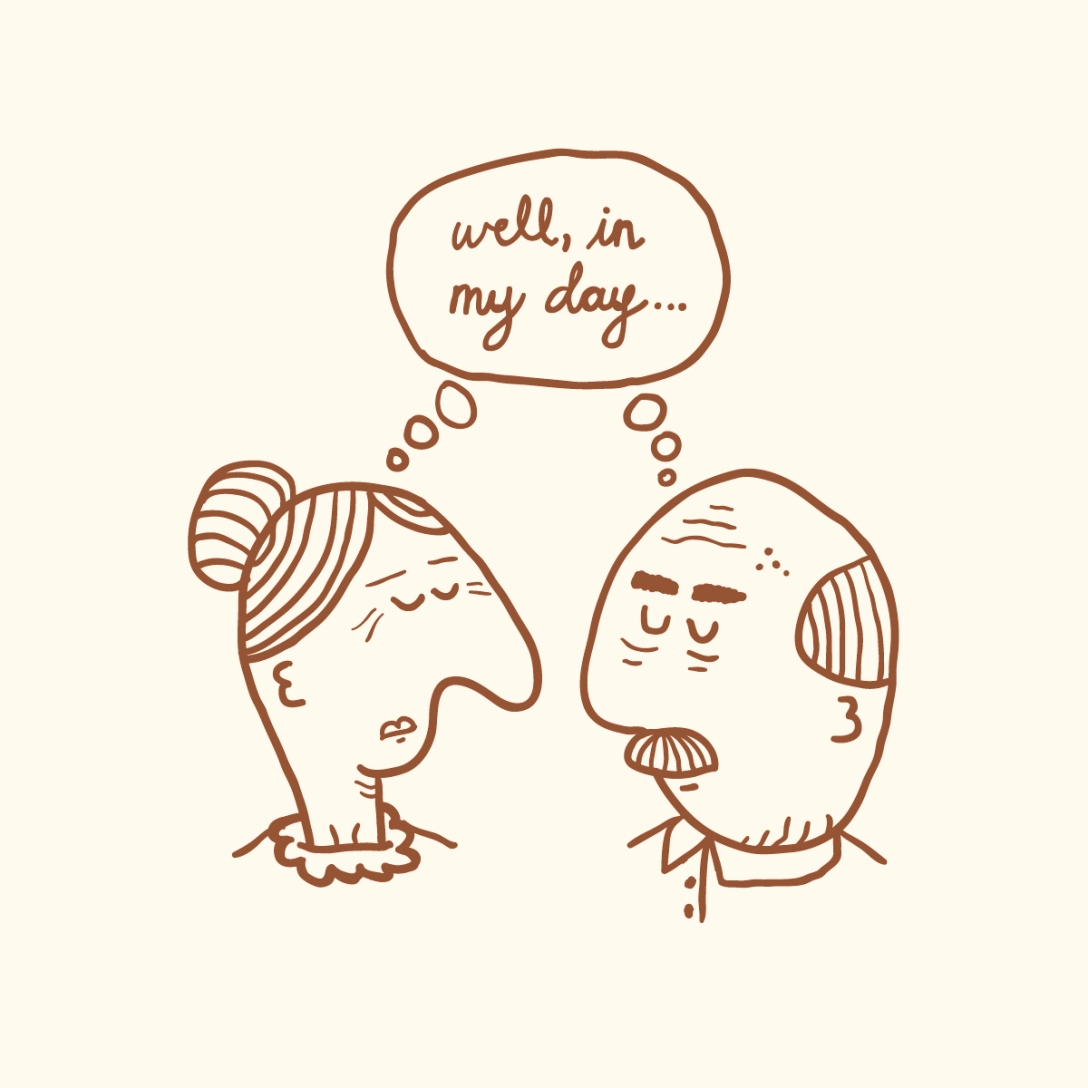 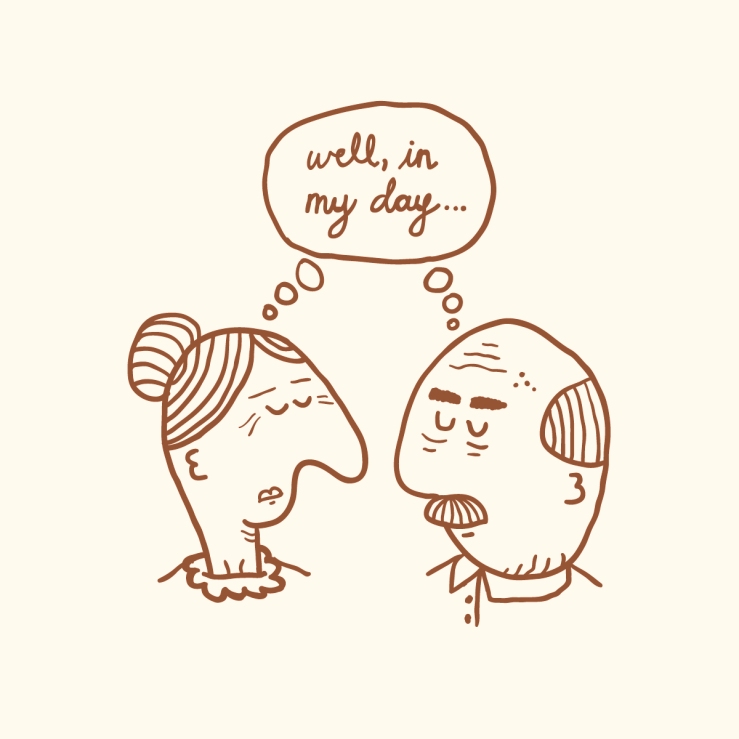 I saw a post on Facebook today about how our parents and grandparent’s would go on about how much harder they had it than us and how, now as our generation is having kids the things we will say to them like how we didnt have

and how we did have 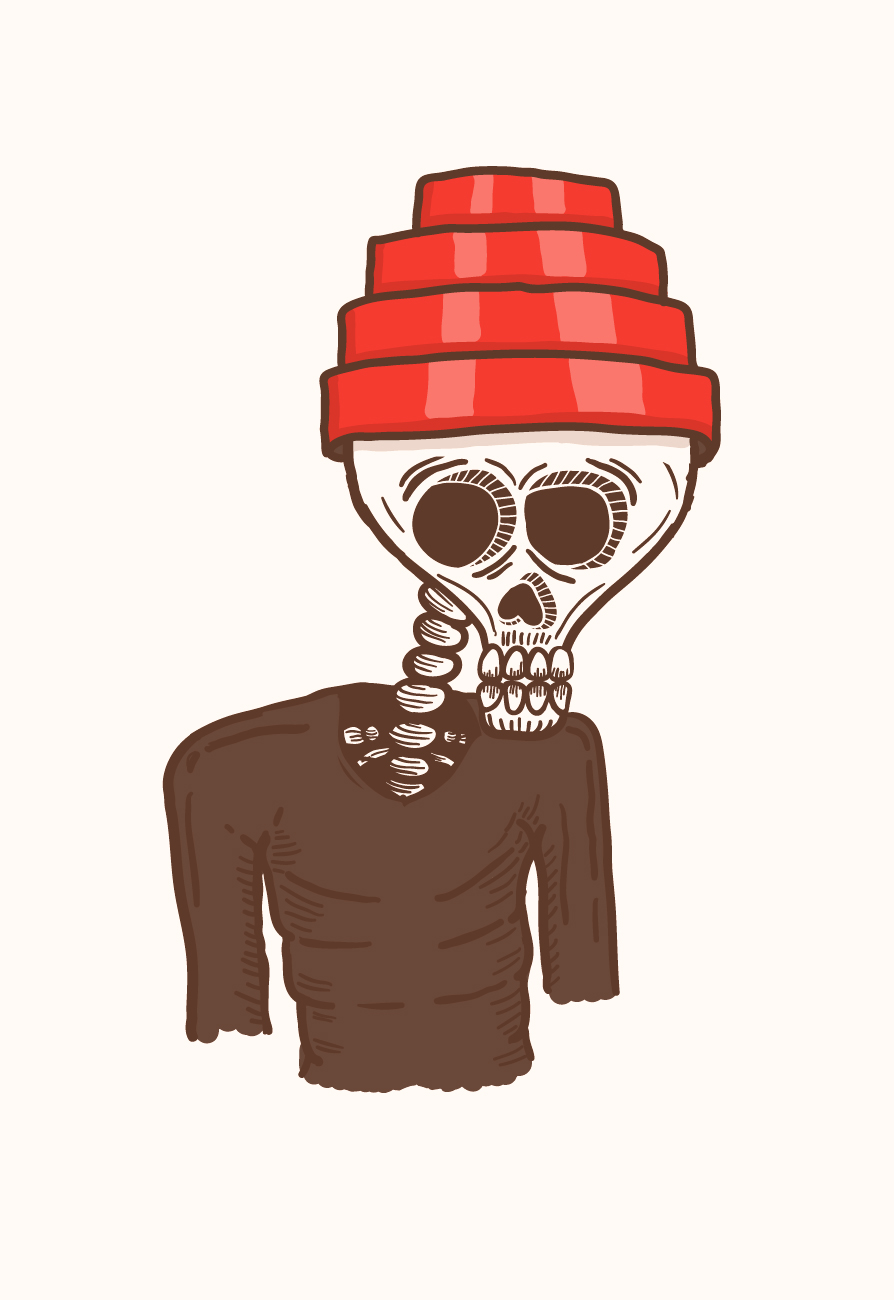 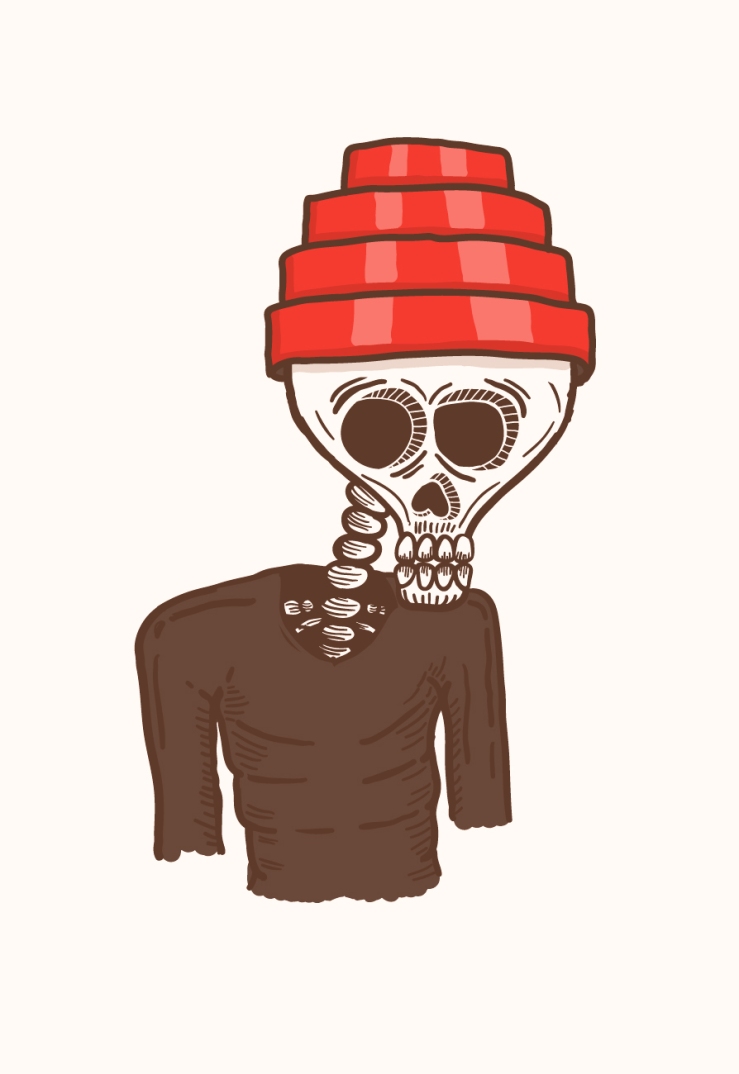 One more for the Skeleton Headwear series… Whip It, Whip It Good!

Check out the others in the series below! 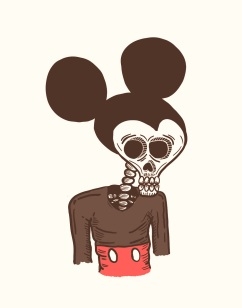 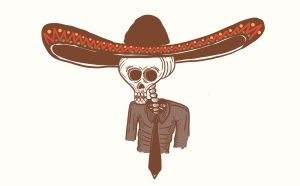 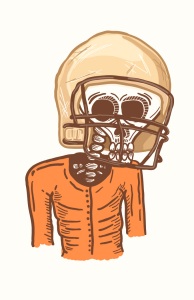 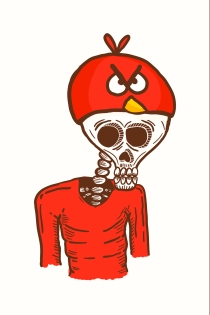 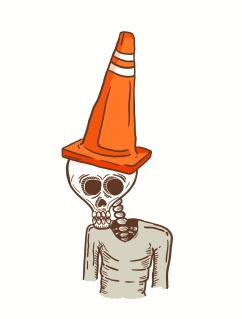 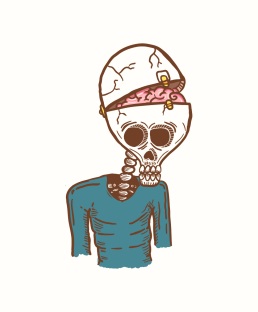 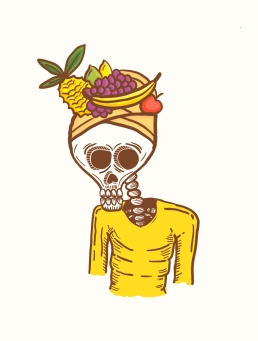 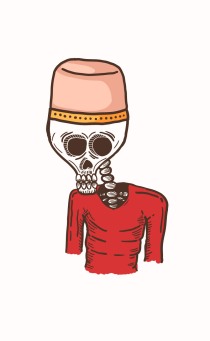 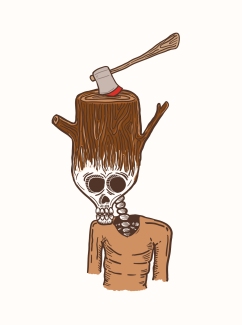 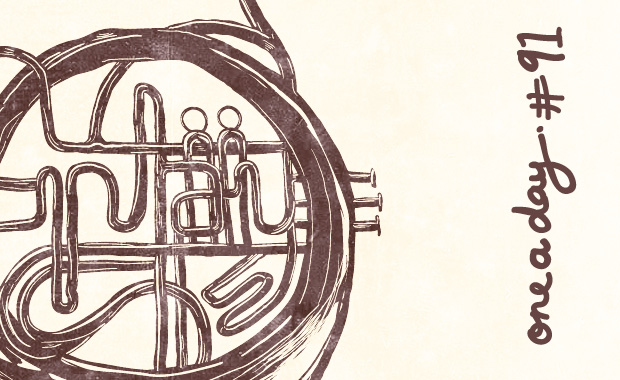 The Würtzell-Hinckenbøtten Horn was one of the most desirable Horn during the latter part of the 1920’s for the subliminal words Freidrich Würtzell and Lloyd Hickenbøtten so cleverly moulded into the value and pipe work of these wonderfully crafted instruments. The company however fell apart after Würtzell and Hickenbøtten had a falling out over a young woman and Würtzell produced over 100 horns with various obscene phrases questioning Hickenbøtten’s sexual orientation and his mother’s weight and promiscuity.

Thought I’d try and drum up another series… 🙂

Today’s image is a bit of a tribute to a favourite band of mine, Joy Division. The first time I heard a Joy Division song was actually Nine Inch Nails cover of Dead Souls from The Crow Soundtrack. From that song I went out a grabbed the two Joy Division albums and have had the band on high rotation ever since.

I drew this one today as I recently watched Control, the Ian Curtis/JD biopic that was made a few years ago…. check out Joy Division playing Transmission on The Wedge back in the day: 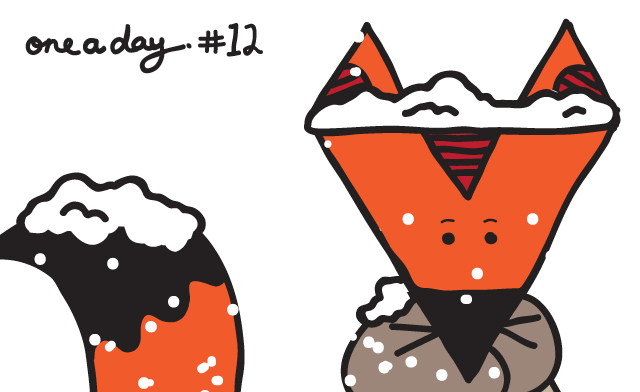 So here I was, wondering how I’ll top Gorilla Sugar Skull as I really think it’s my best ‘One a Day’ so far… To be honest it was struggle street in coming up with something so I thought I’d draw a picture of the next song that came on my iTunes. Thank Sausage Jesus that the song was White Winter Hymnal by Fleet Foxes, a lovely little folk song about children’s heads falling off in the snow! For some reason, I always picture a little fox (I wonder why?!) wearing a little jacket and scarf walking through the snow. So there you have it, my drawing of a little fox in the snow brought to you by the letter F and the band Fleet Foxes.

You may also notice the white dots are getting used rather extensively throughout the project. They have been stars in the Pale Blue Dot and The Leadership illustrations and now snow! Copy and paste is your friend when you have 20 minutes in which to finish!

Check out my RedBubble store where you can buy selected “One a Day” Project illustrations and wear them in public! 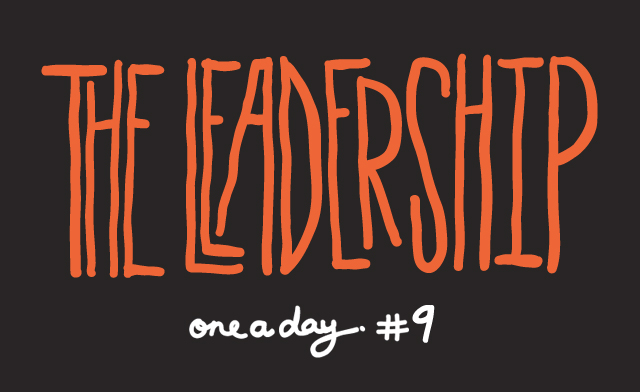 Today’s ‘One a Day Project” image is inspired by a classic interweb stumble-upon when I came across an awesome alt-country-rock-folk band by the name of The Leadership.

I was cruising the nets yesterday looking for some inspiration for a branding job I was working on and through various click throughs and a random jump to wicked illustrator Bill Connors site (who also designed the band’s album cover), I wound up at The Leadership’s webpage.  You can find their page here which features their new album Frontiers, streaming track by track.

Now, myself being a curious cat, I decided to have a listen and Sweet Sausage Jesus, I’m glad I did.

After an enjoyable listen to each of the eight tracks, I purchased the album and sent the band a message mentioning their awesome rock-ed-ness. I can seriously say I’ve been playing the album on repeat ever since. Stand out tracks for me would be Keep the Change, Little Black Book, the amazing “how-alt-country-rock-should-be-done” Bring it Back with a Gilmour-esque guitar solo to melt your eyeballs and Flesh & Bones featuring something rock has been missing for a while… a kick-ass sax solo that perfectly fits the track.

Anyway, as the “One a Day Project” is me drawing something in 20 minutes or less, Im naturally going to pump out something that is close at hand and in my mind at the time, hence today’s image features The Leadership. The image looks pretty random but it does reference a few lyrics within the above tracks and hell, I had 20 minutes so give the man a break! *hehehe*

Check out The Leadership here… Well worth the effort!