Ok, Unlock Me was yesterday, now HELP today… the psychologists among you may be reading something into this Creative Panic thing by now but I assure you, I only wrote help cos I like the way I do the E and P and KELP just didn’t cut it 🙂 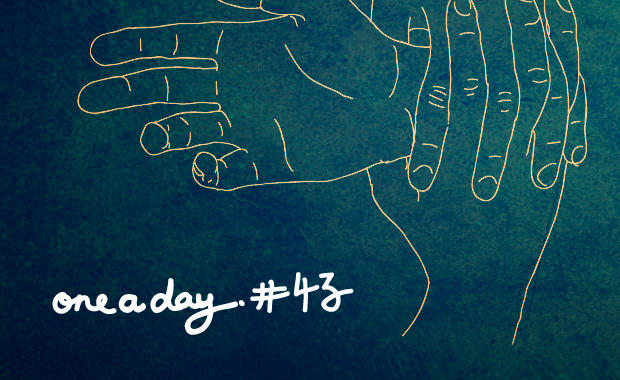 Sleight of hand, also known as prestidigitation (“quick fingers”) or legerdemain, is the set of techniques used by a magician (or card sharp) to manipulate objects such as cards and coins secretly. Sleight-of-hand techniques can also be used to cheat in gambling games, in street con games such as the three-shell game, or three-card monte to steal, or, sometimes, to claim supernatural powers, as in the performances of some 19th- and early 20th-century spirit mediums. ~ Wikipedia.

I’ve had this phrase rattling around in my head for a while as Pearl Jam and Radiohead have both used it in song lyrics and I thought it would be a cool thing to illustrate. So, here it is!

Today’s image continues the theme of natural disasters and how human’s comprehend them, explain them and deal with the aftermath. Early morning is my normal Creative Panic time but today, I almost didn’t get this one done as I had a 5am start to be at a video shoot that was 170 kilometres away from where I woke up and I have only just got back home at 7.45pm! Crazy day! 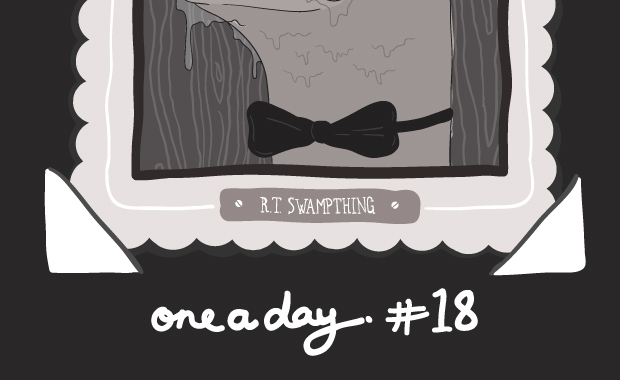 Today’s illustration is of the late statesman and all round gentleman, Reginald Theodore Swampthing. When not terrorising locals or devouring small fish and crustaceans, Reginald could be often be found tending to his stable of prize-winning racehorses, talking a nice stroll long the banks of the local river or serenading his childhood sweetheart and later wife, Penelope Margaret May Swampthing (nee Winterbottom).

Mr Swampthing ran for public office in 1962, becoming councilor (and later Mayor) of the Lakeside District. He served with dedication and gusto right up until his death in 1973 from an apparent pitchfork to the chest. No charges were laid as the Swamp Monster Protection Act of 1974 had not been passed into law, although it was common knowledge that the townspeople often enjoyed an old fashioned angry mob get-together after local football matches and Mr Swampthing may  have unfortunately been in the wrong swamp at the wrong time.

Knocked this fella out at 1.00am this morning… had the idea for a swamp monster thing, started drawing and an hour or so later here it is. It was colour to begin with, but really wasn’t feeling it so took the easy option and converted it to black and white, drew an old school photo album background and whammo!

As always, done in Illustrator with the Wacom board. Another reason I use Illustrator is I’m rubbish with a pencil and paper. With the computer I have multiple undos and can work a lot quicker than drawing on paper and having to rub out every second line. I will however, do a few ‘One a Day’s’ the old school way just to compare…. soon. maybe.

Well, I’ve now kept up this little project for a whole seven days! Seven images have been uploaded (not including this one) with such diverse subjects as Sausage Jesus, Ken Oath – Aussie Mystery Man of Mystery, Leeroy Lion with the mash potato mane, Carl Sagan and a little tribute to Australia Day. Please, have a look back through the first seven images and leave a comment. I’d like to know what people think of my apparent insanity!

To begin the second week I’ve done a little drawing based on the project itself. Just One, 7/365.

If I keep this up for a full year Im going to be pretty chuffed.

Im really digging the typography on this one, as most of the drawing time was spent on getting the text right.